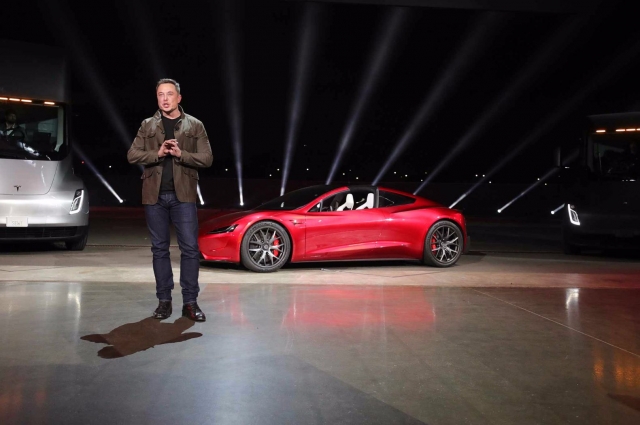 With the Tesla Roadster all that is being talked about in the automotive industry, the CEO Elon Musk has confirmed that the Roadster could still go even faster than 1.9 seconds to 60 MPH.

It has been slated to have a spec sheet associated with a petrol supercar with a price tag in the millions.

Roadster 2.0 will go from 0-60mph in 1.9 seconds – which would make it the first car to accelerate to this speed in under two seconds.

In addition to this it will also have a range of 620 miles on a single charge which is almost double what the Tesla Model S has, thanks to its 200kWh battery.

These specs have captivated the car world since the car rolled out of the shipping container on Friday but company CEO Elon Musk has alluded to it being even quicker than this.

In a tweet Musk said: “Should clarify that this is the base model performance.

“There will be a special option package that takes it to the next level.”

Back to Latest News